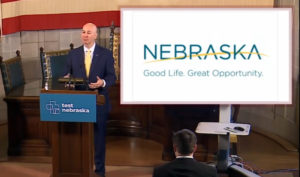 Nebraska Gov. Pete Ricketts and the Nebraska Ethanol Board released the details of a new study on higher ethanol blends on Monday.

The E30 Demonstration was conducted by the University of Nebraska-Lincoln Engineering Department. The yearlong demonstration involved 50 non-flex fuel vehicles (non-FFVs) from the State of Nebraska to determine adaptability, economic feasibility, and environmental impact of using E30. Twenty-six vehicles were fueled by E15, and 24 were fueled by E30.